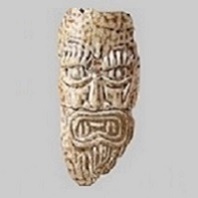 Ingleborough Archaeology Group (IAG) is based in Ingleton in the Yorkshire Dales of England. It has as its core area of operations the Ingleborough massif and the surrounding valleys of Kingsdale, Chapel le Dale and Ribblesdale.

The Group exists to further research and understanding of the historic heritage of its core area by archival research and archaeological investigation. It has been involved in a broad range of excavations, ranging from a nineteenth-century industrial building within the Ribblehead Construction Camps through to a Romano-British settlement near Ingleton to a Mesolithic site at Kingsdale Head.

The Group also puts on a monthly programme of lecture meetings through the winter months and outings during the summer.

Although the Group members are on the whole keen amateurs and membership is open to all, we aim at a high professional standard in all our practical work.